A Community Event despite Corona Lockdown, this succeeded for 113 members of the 340 Beauty Blogger and Instagramers counting GEHWOL tester club (GTC): With the very first digital #GTC-Unboxing-Event via video-conference.

The 113 influencers and ambassadors of the well-known podiatry brand had followed a newsletter appeal and had registered for the zoom video conference designed by Dorothea Küsters Life Science Communications. In advance they received secret mail: a parcel that could only be opened on the deadline for the start of the joint unboxing. Welcomed by the club manager, head of marketing and a spokeswoman from product development, they then unpacked together. The latest creation of the GEHWOL manufacturer Eduard Gerlach was revealed: The probiotic care series "balance" for feet and legs. The products were immediately tried out, the dispensers were pressed, the cream sniffed, the skin feeling was evaluated and quasi in situ the first Instagram posts were placed. After the first haptic experiences, the participants listened carefully to the informations on the active ingredients, design and positioning of the new care series for stressed foot skin, presented via screenshare. In between, the zoomers were able to take part in surveys, exchange information in the chat and have their microphones activated for questions with a show of hands. How are the fragrance and design being received? Why does the Balance Visual have a raised C? For which areas could complementary products be useful? What is the minimalist approach of the series? The testers had many questions, but at least as many ideas. In the end all participants agreed: Thumbs up for a successful event! Started as a lockdown temporary solution, the digital #GTCUnboxing can now even hope for a permanent place in the program of the GEHWOL tester club. 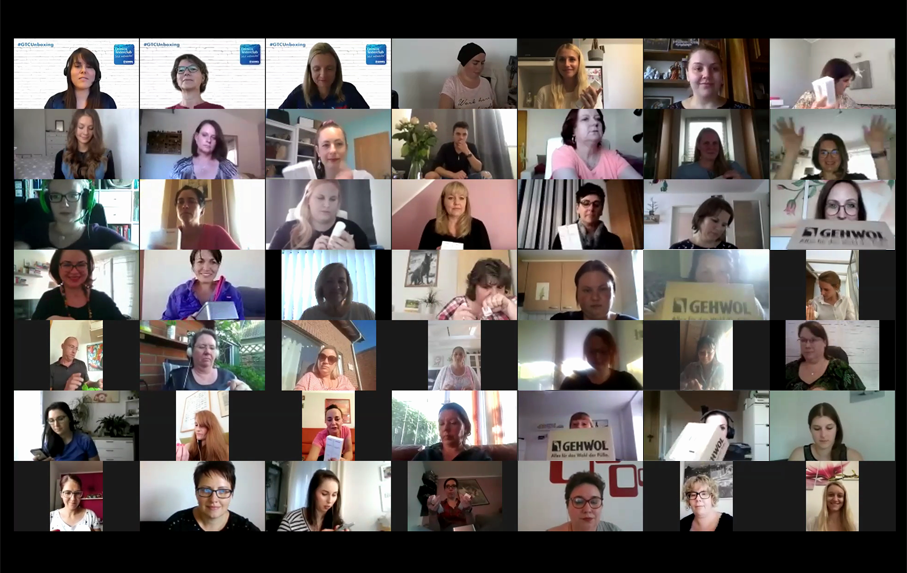