"COPD: New GOLD standard emphasizes individualized therapy" was the title of a practice recommendation published by six respiratory experts in the German medical journal “Deutsches Ärzteblatt”. Berlin-Chemie commissioned Dorothea Küsters' team to make its contents known quickly and memorably to an even wider target group of pneumologists and general practitioners.

Shortly after publication, a press conference was held on the first day of the congress of the German Society for Pneumology. The staging: soft light, classical piano music and three authors of the publication welcomed the specialist journalists. The experts spoke about the individualized therapy of chronic obstructive pulmonary disease (COPD) and presented the algorithms developed for the recommendation. An animated discussion after each lecture testified to the expertise and genuine interest of the media representatives. Under the motto "GOLD Standard", the invitation, programme and press kit, but also lighting and decoration, shone in subtle gold.

In order to make the results available to the congress participants in the coming days, a video team interviewed the experts on the evening of the press conference. They presented the most important aspects of the practical recommendation in a short and concise manner. The expert videos were shown on the screen of the Berlin-Chemie exhibition area the very next day. Live lectures by other authors completed the booth action.

But the congress actions were not everything! With a digital campaign, the publication, videos and KOL quotations were brought further into the target group. A widespread editorial coverage in trade media confirms the strategy. 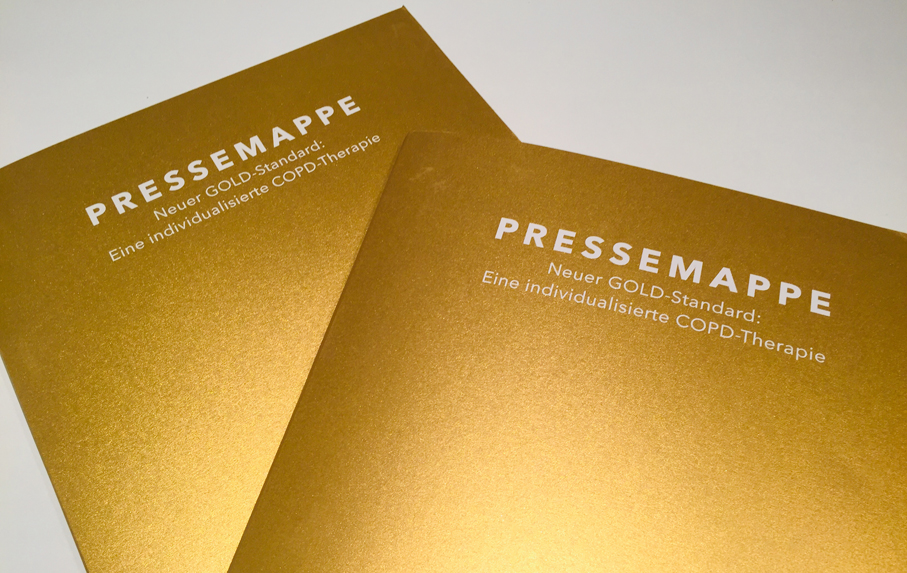